Barometer of the global economy
King of Construction Machinery-Caterpillar

Barometer of the global economy
King of Construction Machinery-Caterpillar

Caterpillar, with a history of more than 90 years, is the king of global engineering machinery, and it is the world leader in construction, mining equipment, diesel and natural gas engines, industrial gas turbines, and electric-driven diesel locomotives.

As the world's largest manufacturer of earthmoving equipment, the engineering and mining equipment sold by Caterpillar serves as an engine of global economic growth. Caterpillar has been included in the Dow Jones Sustainability Index 16 times and has long been regarded as a barometer of the global economy

Caterpillar is a merger of two tractor plants in California.

In 1886, Benjamin Holt built his first combine harvester in California. Since then, he has built tractors that use steam towing.

In 1892, Holt Manufacturing Company was formally established. In the years since, Benjamin Holt has tested steam- and gasoline-powered track tractors.

At the end of 1904, Holt built the world's first crawler tractor. One day in March 1905, Holt invited photographer Clement to take pictures of his new machine. When the machine started, Clement, who saw this weird guy for the first time, screamed, "Wasn't it like a huge Caterpillar!", The name "Caterpillar" passed down . In 1910, Holt officially registered the "Caterpillar" trademark, and "Caterpillar" has since become synonymous with "tracked vehicles". 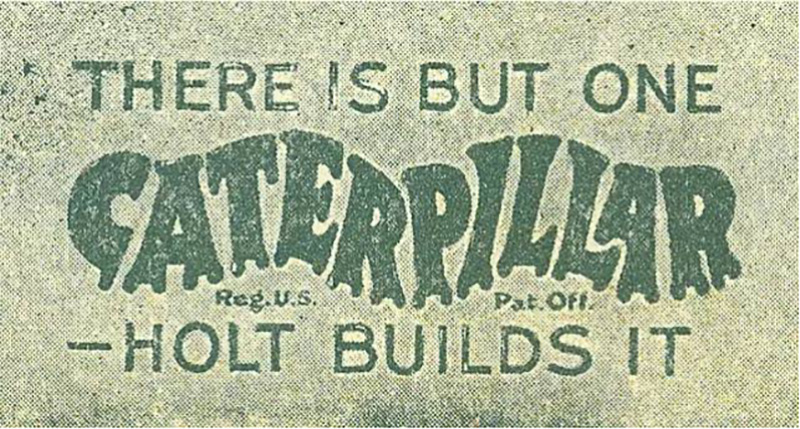 In 1929, two months after "Black Tuesday", which marked the beginning of the Great Depression, Caterpillar's shares began trading on the New York Stock Exchange.

In 1931, the economic depression deepened, and Caterpillar introduced a new Type 60 diesel tractor. Consumers have found that diesel engines can cut fuel costs by more than half. Because of its high productivity and low operating costs, this new product opened a way for the then-deficient tractor. Caterpillar also became the first company in the world to use a diesel engine for tracked tractors. A few years later, Caterpillar became one of the world's largest producers of diesel engines and had the only assembly line for diesel engines in the world at that time. Zh

In 1931, the company moved its production headquarters from California to Illinois, and the standard paint color of the machine also changed from gray to yellow. In the same year, the industry's first true grader, Auto Patrol, was launched. Since then, Caterpillar equipment has been used in the construction of the Hoover Dam, the Golden Gate Bridge, and the American highway. The company's tracked tractor technology was later used in the production of military tanks.

During the Second World War, Caterpillar played an important role. Khaki tracked tractors are used by the U.S. military to repair crater-filled roads and build new roads to keep important supply lines open. Because crawler tractors are often equipped with a bulldozers, soldiers call the entire machine a "bulldozer." Legendary General Barton said he would definitely choose a bulldozer if he was forced to choose between a tank and a bulldozer during the attack. 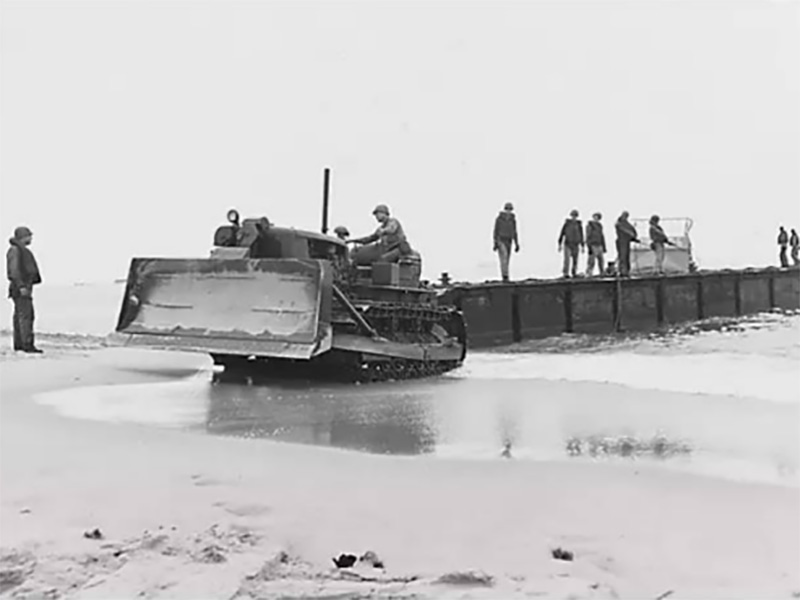 However, at this stage Caterpillar grew slowly until the end of World War II. The company also had only two factories in eastern Peoria, Illinois and California.

After World War II, one of Caterpillar's biggest problems was how to meet consumer demand for products. Consumers in the United States have been using outdated equipment for many years to work, and new equipment is urgently needed to improve work efficiency. In addition, Europe and Asia are suffering from war, and a large number of construction machinery are needed to rebuild the country. In 1946, Caterpillar's orders reached a peak in the company's history.

Caterpillar gradually became bureaucratic under the paralysis of market prosperity and lack of competition, and even all decisions took several weeks to make. During this period, Caterpillar also ignored the existence of the threat.

At almost the same stage, Komatsu of Japan was slowly rising. In 1961, Komatsu signed a technical cooperation agreement with Cummins. In 1964, Komatsu began manufacturing wheel loaders in the United States. In the early 1980s, Komatsu's products were 30% less expensive than Caterpillar in the United States due to the depreciation of the yen. Caterpillar's market has shrunk sharply and has had to significantly reduce product prices. In 1982, Caterpillar suffered another 206-day strike due to a modification of its union contract. In 1983 and 1984, the company's average daily loss was as high as $ 1 million. Caterpillar's global sales once fell by about 40%. Economists even predicted that Caterpillar products would be replaced by Japanese products.

The main problems Caterpillar faced at the time were the high cost and difficulty of exporting. In order to reverse the predicament, Caterpillar made a combination of shrinking and adjusting punches of “saving, reducing production, reorganizing, and optimizing”, and laid off employees in large numbers. To address inefficiencies, Caterpillar has launched a factory modernization campaign called PWAF-Plant With a Future. With the expansion of its product range and the ability of independent dealers to reach customers on behalf of the company, the “Plant of Hope” campaign has established Caterpillar in the US market. At the end of the 1980s, as the global economic situation improved, Caterpillar also recovered from the loss, regained most of its market share, and then achieved a world-leading position in the industry.

In 1986, to more accurately reflect the company's evolving diversity, Caterpillar Bulldozer was renamed Caterpillar. In 1988, the new logo came out, and the yellow triangle logo meant that Caterpillar bulldozers were highly driven.

In 1990, in order to improve the response speed, Caterpillar headquarters strengthened its authorization and delegated power to 17 business units established based on product types. After decentralization, Caterpillar fell into chaos because each factory acted differently, and the business once again experienced a decline, and continued to lose money for the next two years. At the same time, the company's attempt to adjust the wage structure has further deteriorated the relationship between enterprises and workers, leading to "the worst battle in union history." Caterpillar's vitality was greatly damaged by five consecutive strikes since 1991 and a 17-month joint strike from 1994.

However, over the years, Caterpillar has made rapid advances in technology. Advances in technology have directly promoted sales activities. Naristar chose Caterpillar as a supplier of fuel system components, and General Motors (GM) also Caterpillar engine was selected as the sole diesel engine for the new production line of medium-duty trucks. In 1990, Caterpillar reorganized its profit center and service center to better gather customer needs.

The full industrial downturn of the 1980s made Caterpillar realize the need to scrutinize the company rigorously and find ways to maintain profits even in times of economic downturn in order to meet customer needs faster, launch products faster, To adjust the relationship between production and inventory. By the mid-1990s, after years of planned changes, the company's operations had achieved results. The business of some emerging branches was booming, and the modernization of the factory had clearly saved costs. 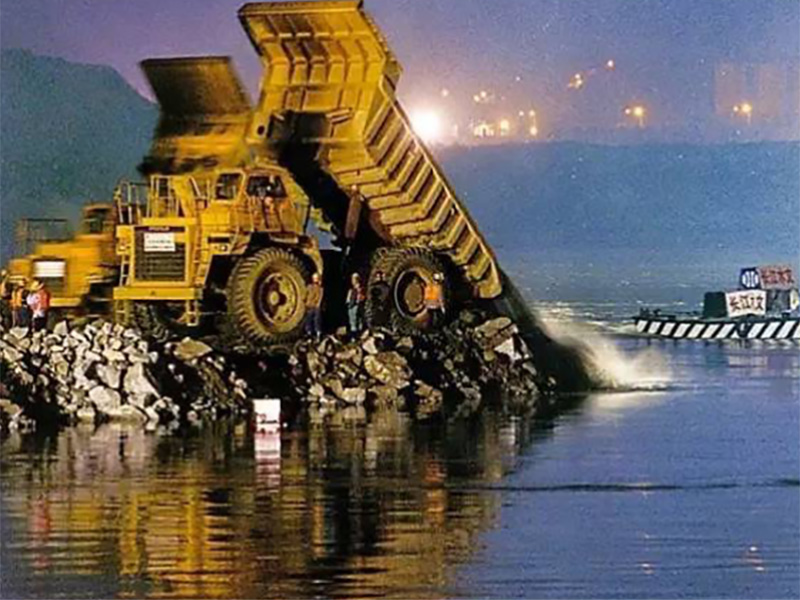 In 1992, Caterpillar established the Australian Energy Power System Company, the European Excavator Design Center in Germany, and the Parts Manufacturing Company in Hungary. China has also gradually become an important market for Caterpillar's global presence. By 1994, Caterpillar's contribution to the United States' trade balance had reached 1.37 billion US dollars, and at this time the total export value of US production equipment was 4.51 billion US dollars. In 1998, Caterpillar acquired Perkins.

Learn from Toyota and build a new production system

In 2001, Caterpillar introduced the Six Sigma system, hoping to achieve profit growth by improving quality. Caterpillar became the first company to launch Six Sigma globally, and the benefits in its first year exceeded the cost of implementation.

Although Six Sigma helped Caterpillar solve the problem, it didn't do much to plan a breakthrough strategy or develop a new product. After investigation and research, Caterpillar decided in 2005 to readjust the company's business model, abolishing the practice of allowing nearly 300 institutions to operate independently and returning to the model before 1990.

Caterpillar compared and analyzed companies such as Boeing and General Electric. In the end, it was determined that the most suitable model for Caterpillar was the lean production promoted by Toyota, including the tenets of eliminating waste and running at a constant speed. In January 2006, Caterpillar introduced a new Caterpillar Production System designed to improve production efficiency and improve product quality.

Caterpillar compared and analyzed companies such as Boeing and General Electric. In the end, it was determined that the most suitable model for Caterpillar was the lean production promoted by Toyota, including the tenets of eliminating waste and running at a constant speed. In January 2006, Caterpillar introduced a new Caterpillar Production System designed to improve production efficiency and improve product quality.

Although some products have not undergone substantial changes for more than 20 years, Caterpillar relies on its own brand influence and a strong independent distribution network to build a barrier against competitors. As the world's largest heavy machinery manufacturer, its 2012 sales reached a historical peak of 65.9 billion U.S. dollars, and Komatsu, thesecond largest company in the world, is less than one-third of Caterpillar.

In order to reshape Caterpillar's leaner and more powerful brand strategy, the Cat brand was released again in 2012. Cat's impressive name is now used in both the commercial appearance and agency logos of products. Because of its largest scale, best performance, most ethical, and even the coolest, hats and Martin boots with the Caterpillar logo havealso become a symbol of urban fashion.

Embrace the Internet of Things in the global economic downturn 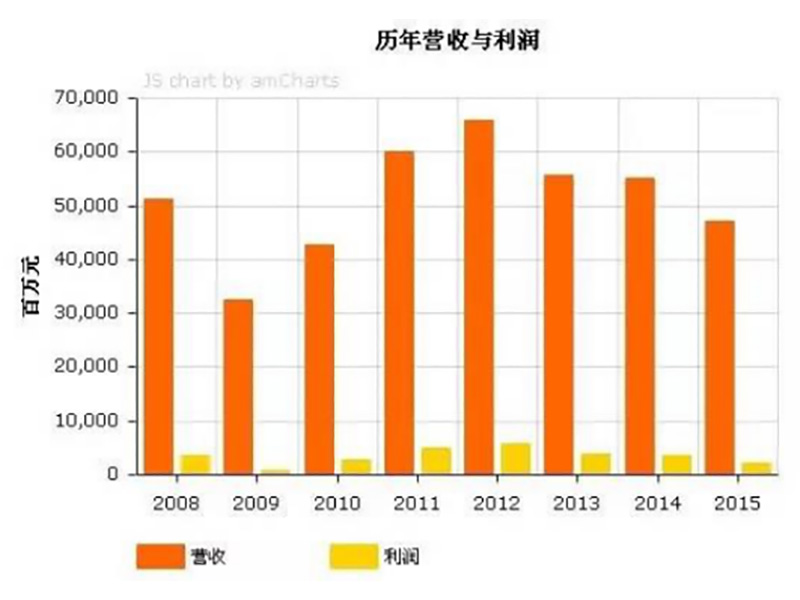 The current global energy and mining industry continues to be sluggish, and growth in emerging markets such as China and Brazil has slowed. Caterpillar equipment markets used for activities such as resource extraction and engineering construction have been dragged down. 2016 will be the first consecutive decline in the company's 90-year history. Caterpillar has announced a major internal restructuring and cost reduction program, which has forced it to reduce 10,000 jobs over the next three years. However, during this period, competitors also suffered a sharp decline in performance, and Caterpillar's market share increased.

In 2010, Doug Oberhelman was elected Chairman and CEO of the Caterpillar Board of Directors. By accelerating business cycles, implementing cost-effective strategies and lean production, Oberhmann has led Caterpillar to streamline and improve global production and operations. He also led the company to refocus its work on customers and strengthen the company's investment in quality, sustainability and innovation.

According to Oberman, the real threat to Caterpillar is not from competitors, but new technologies or profound changes, including the Internet of Things, big data, cloud computing, artificial intelligence and even 3D printing. Mechanical manufacturing was one of the first industries to take advantage of IoT technology. Today, billions of wireless devices and sensors are connected to factories worldwide.

Oberhmann believes that Caterpillar has the largest number of connected equipment and engines in the world, and connecting a large number of Caterpillar devices around the world with computers will create incredible results. Caterpillar can turn trillions of terabytes of data every day into useful information and feed it back to customers, helping them make decisions and plans at the construction site, and further reduce equipment retention and operating costs.

Caterpillar is helping its major client, Rio Tinto Group, build a "future mine." Rio Tinto's iron mines in Western Australia use IoT technology, where costs have been reduced by about 13% compared to manual mines, and iron mine output has increased by up to 14%. The company will also cooperate with French drone company Redbird to help dealers and customers improve construction intelligence with drone technology and data analysis.

With investment in the Internet of Things and big data, Caterpillar will become an important player in future industrial technology.